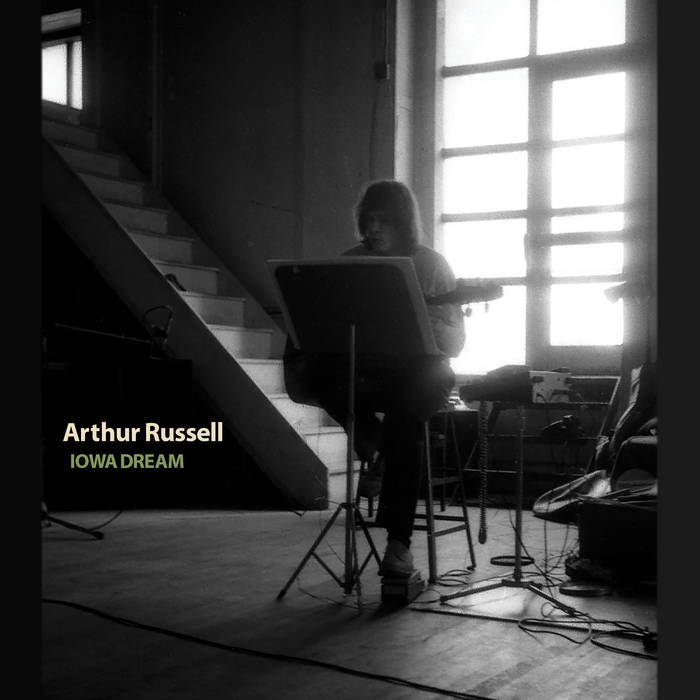 BenPujara A little more time in the gentle hug of a genius. Favorite track: The Dogs Outside Are Barking.

Over the past decade, the visionary musician Arthur Russell has entered something close to the mainstream.

Sampled and referenced by contemporary musicians, his papers now open to visitors at the Performing Arts Library at Lincoln Center in New York, and his name synonymous with a certain strain of tenderness, Russell is as widely known as he’s ever been. Thanks to Russell’s partner Tom Lee and to Steve Knutson of Audika Records, who have forged several records from Russell’s vast archive of unfinished and unreleased work, the world now hears many versions of Arthur Russell. There’s the Iowa boy, the disco mystic, the singer-songwriter and composer, and the fierce perfectionist deep in a world of echo. While all of these elements of Russell are individually true, none alone define him.

Several tracks on Iowa Dream Russell originally recorded as demos, in two early examples of his repeated brushes with potential popular success—first in 1974, with Paul Nelson of Mercury Records, and then in 1975, with the legendary John Hammond of Columbia Records. For different reasons, neither session amounted to a record deal. Russell kept working nearly up until his death in 1992 from complications of HIV-AIDS.

At once kaleidoscopic and intimate, Iowa Dream bears some of Russell’s most personal work, including several recently discovered folk songs he wrote during his time in Northern California in the early 1970s. For Russell, Iowa was never very far away. “I see, I see it all,” sings Russell on the title track: red houses, fields, the town mayor (his father) streaming by as he dream-bicycles through his hometown. Russell’s childhood home and family echo, too, through “Just Regular People,” “I Wish I Had a Brother,” “Wonder Boy,” “The Dogs Outside are Barking,” “Sharper Eyes,” and “I Felt.” Meanwhile, songs like “I Kissed the Girl From Outer Space,” “I Still Love You,” “List of Boys,” and “Barefoot in New York” fizz with pop and dance grooves, gesturing at Russell’s devotion to New York’s avant-garde and disco scenes. Finally, the long-awaited “You Did it Yourself,” until now heard only in a brief heart-stopping black-and-white clip in Matt Wolf’s documentary Wild Combination, awards us a new take with a driving funk rhythm and Russell’s extraordinary voice soaring at the height of its powers. On Iowa Dream, you can hear a country kid meeting the rest of the world—and with this record, the world continues to meet a totally singular artist.